A Simple “Yes” by Shema Kallimel

Their eyes widened as the man asked the 2 sisters if they could cook a simple meal for him and the 2 others with him. The men had been out all day long distributing groceries to far flung villages, and as the thunder rumbled overhead so did their stomachs. The girls haltingly explained that their mother who was the sole bread earner of the home had been ill for a few months, and because she had not been able to get to her daily-wage job due to the national lockdown, there was no money or food. Their supplies had run so low that they would forego 2 meals and eat just once a day….

Remind you of something? Someone, rather. That odd prophet in the Old Testament who went to a widow during a national famine and demanded some bread. What a rude thing to do. Especially after she embarrassingly explained that she and her son were going to eat their last meal with that fistful of flour. And yet, despite what she may have thought, the widow baked some bread and fed Elijah – not just for that day but for as long as that famine lasted. Somehow it didn’t remain just a fistful of flour. Somehow, it was always enough to feed her and her son and the prophet of God.

The 2 girls and their mom up in the hills around Shimla were given a month’s worth of supplies. Their eyes filled up as they picked up the bags from our friend’s hands. They could scarcely believe what was happening to them. Ashish was able to spend a little more than an hour with them, sharing a meal and telling them about a God who loved them and would go to great lengths to save them. 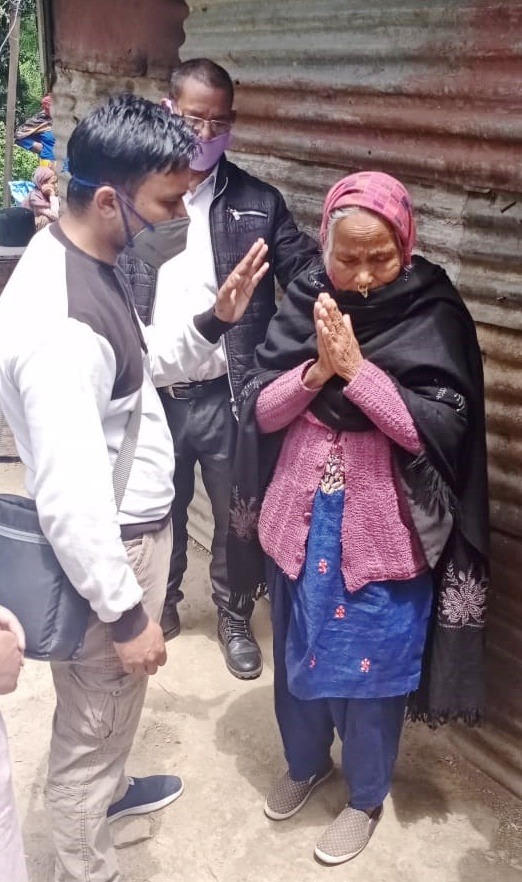 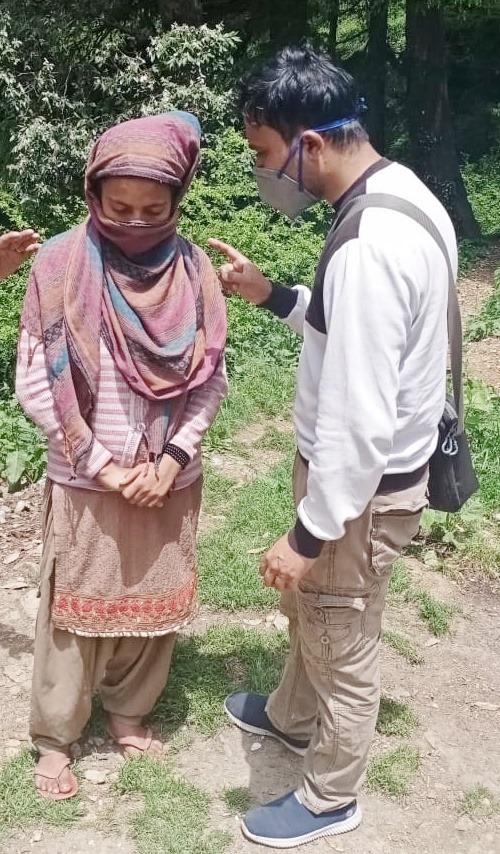 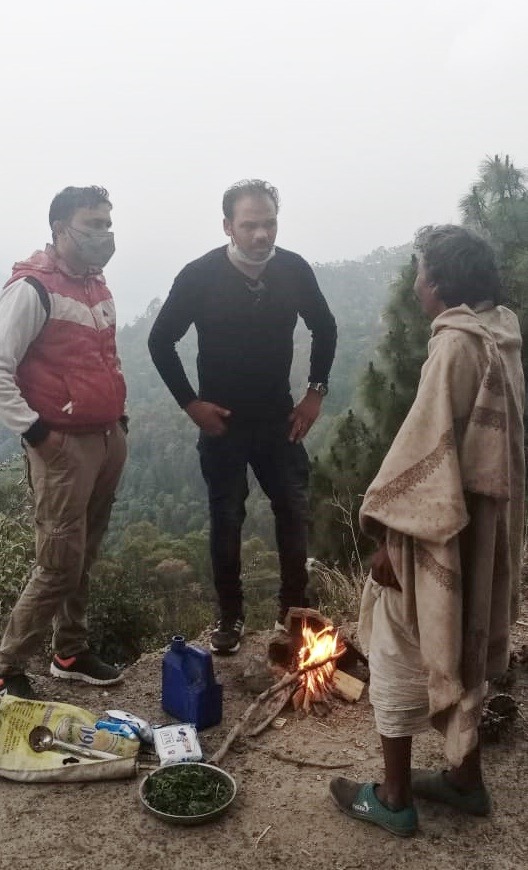 Another person who they were able to help was a man who was stranded in the woods for over a month. He was almost paralyzed in both legs and had lost his job about 3 months ago. When he decided to go back to his hometown which was over 150 miles away, suddenly the government imposed a nation-wide lockdown. Having nowhere to go, and no way to get there, he decided to live in the woods, in a temporary shelter where they used to keep dogs. The place was filthy beyond measure. He had a little food that would last him a few days. He had put together a makeshift stove with some sticks and bark and had a small bowl with some lentils that he kept boiling over and over. Ashish was able to provide him with groceries and when asked if he had any other basic need, the man asked for a small oil stove to cook food. (At present, it is cold and rainy in Shimla and it gets hard to light a fire with damp twigs.) This man has a wife and 3 daughters waiting for him back home, but because his existence had become so miserable that he was sleeping on an empty stomach several nights in a row, he had begun contemplating death. What rocked Ashish was that if they had not reached him in time, that man probably would’ve died right there in the woods. Ashish told him about the love of Jesus and the man wept as shared his brokenness with him.

For people like Ashish, as it was for Elijah, they are not concerned with who gets the credit. Numbers don’t matter to them – is it for the one, is it for the nation? And after all, isn’t the nation held within the one? And so, they appear on the horizon of the famine with no prior announcement or warning. They just land up with Heaven’s assignment in tow. And because the ink flows with ease from the pen offering no resistance to the Master’s authoring hand, they are used with a flourish. And to be used by God in times of great need, is probably one of life’s greatest rewards. All it takes, is a simple ‘yes’.